Canyonlands National Park in southeastern Utah receives fewer visitors than the four other Utah national parks. Canyonlands close neighbor – Arches NP – receives more than twice as many visitors. And most Canyonlands visitors only see the northern section of the park – the Island in the Sky. The park itself contains two other isolated districts, separated by the Colorado and Green Rivers. To the west, The Maze has no developed roads, is extremely remote, and is basically for experienced backpackers. In the south, below the Colorado River, is the Needles District. This district is accessed by a single paved road which leads to a network of 4WD roads and hiking trails that radiate into the desert wonder of this secluded national park. The 4WD roads are infamous for being extremely difficult. The park service frequently reminds would be adventurers that tow expenses typically exceed $1000. The hiking trails are a safer, albeit slower way to visit the Needles backcountry.

Patterns of intersecting joints through the sedimentary sequences of this region have  resulted in the characteristic geomorphic pattern of “needles” through the area. Excellent views of the Needles can be seen from the Elephant Hill area near the start of many of the hiking trails and 4WD roads. While hiking to the confluence of the Green and Colorado Rivers, I saw an unusual view of these sandstone spires extending upwards above the White Rim Sandstone in the northern part of the Needles. 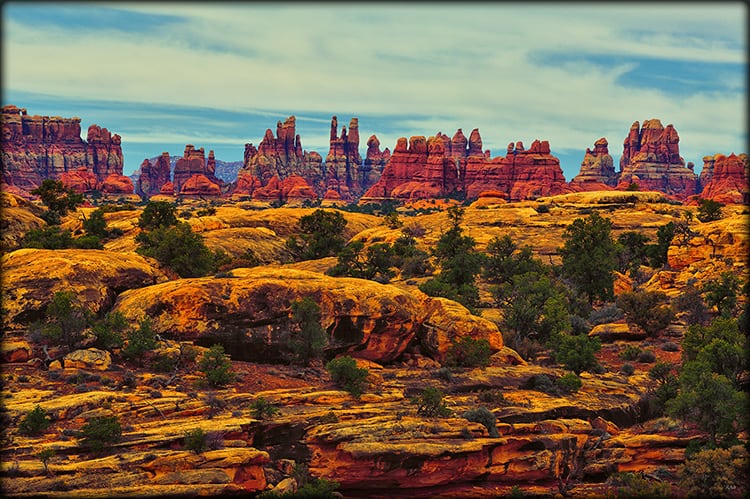 I did venture into the Needles backcountry for an overnight stay in Chesler Park during my recent visit. Climbing through the canyons along the way with a full backpack was my least favorite part of the excursion. At last light, however, the colorful sandstone towers of Chesler Park are quite a visual spectacle. 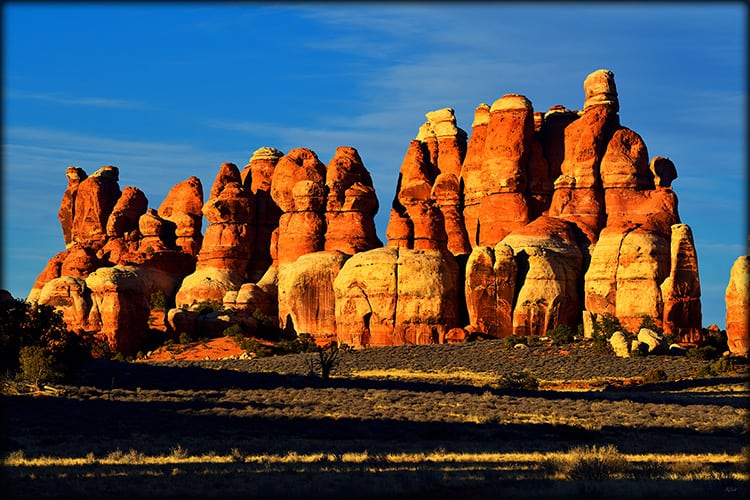 On my last evening in the park I packed all my gear in preparation for an early morning departure. That particular day had been dreary with little sunshine. Shortly before sunset, clouds began to thin and subsequently fill with color above the desert scenery. I quickly unpacked a camera and shot some of the scenes from the Squaw Flat campground. The following image is a view to the south from my camp. 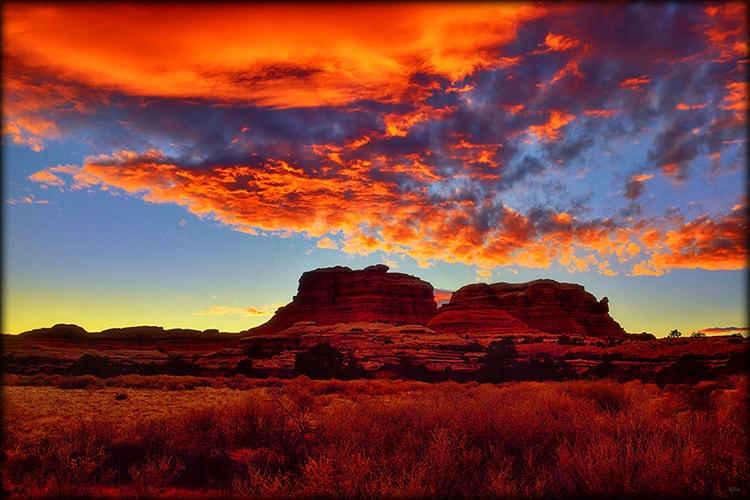 I have long had a special fondness for Canyonlands. The Needles can definitely be a harsh environment. Hiking can be difficult and access to the scenery is always a challenge. But there is a ‘wildness’ still remaining in the Needles that sometimes seems long gone in some other national parks.  I am already staring at maps thinking of more Canyonlands locations I want to visit.